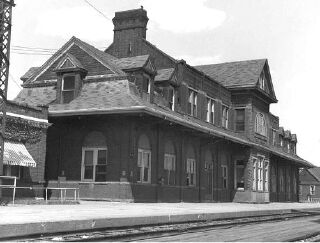 This substantial historic railroad depot (Grand Trunk Western) built in 1891, was torn down in 1975, yet the lot remains empty.

Buildings aren’t people, yet buildings can be unique, beautiful, contain rare materials and can be a face in the community for centuries.  A building can represent a street, a community, a city; it can inspire awe and any number of other feelings or thoughts that make us realize that we can create something beautiful.  Buildings can be the opposite, too.  They can remind us of failing economies and the loss of community pride, as when a school falls into disrepair, or when newer buildings are simple, cheap, cookie-cutter, letting us consider how we now live in a throw-away culture.  For example, 805 Pine Grove Avenue used to be the home of an astonishingly handsome home (Second Empire style), but in its place now is an abandoned gas station. 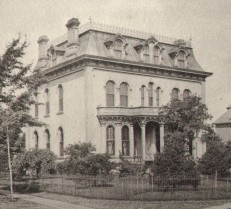 Looking through images of houses and churches that have been razed in Port Huron, I was negatively impressed by the loss of some of the city’s most notable architecture.  It’s very hard to imagine how it could’ve been thought that tearing such structures down was better than brainstorming ways to repurpose them.  Other structures were lost due to neglect and fire. Below is a very sad example of the urban downscaling that has happened in Port Huron.  The first image is of an undated photo, showing a block of historic buildings on the left (one of them was quite unique), with the second image showing them all to be gone.  (These images will be updated when more information and better quality photos are acquired.) 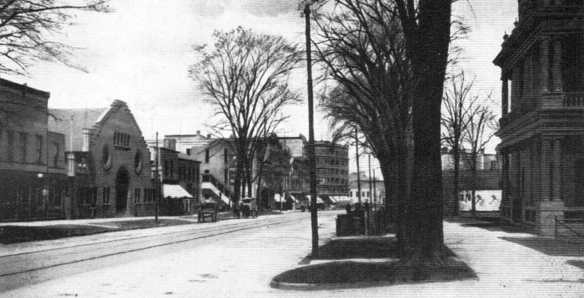 With the Harrington Hotel at the right, this view is of a block of historic structures at Military and Wall streets (NW corner), Port Huron. The sidewalk and streets are of brick pavers. Undated photo from Gaffney (2006, p 24). 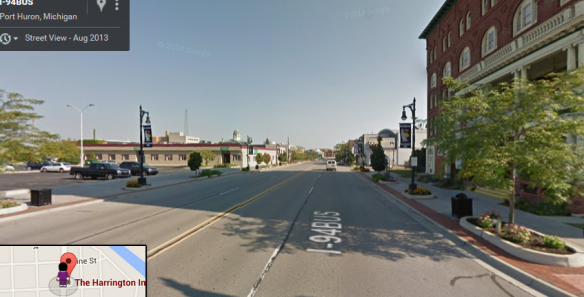 The same scene in 2013 as the historic image shows, though with a different type of lens. No historic buildings at the left remain. From a Google street view image.

Some homes made way for the primary hospital in town.  While time doesn’t stand still and communities grow, the homes torn down for the hospital expansion didn’t have their windows and other structural and architectural components removed for recycling purposes (for use in other historic structures that need replacements).  Below are some examples.  An inventory of lost resources will be listed in the Lost Properties page.

First Baptist Church, dedicated in 1882 (the church had an earlier building that had burned down). Sold in 1969 to make a parking lot.

The beautiful church structure at left was considered the “crown jewel” of downtown Port Huron (Creamer 2006).  It was sold to the city in 1969 and subsequently demolished; there is now a parking lot in its place.

The original Knights of the Maccabees headquarters, built in 1892. It later became the Algonquin Hotel. It met its unfortunate demise in 2000, when it burned down after having been abandoned. Photo from c. 1905.

Below are the homes mentioned earlier, demolished in 2006 for the hospital expansion.  They do not appear to have had valuable components removed first. 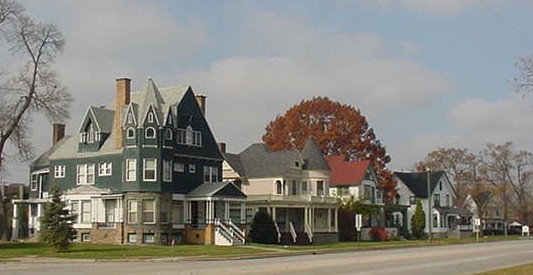 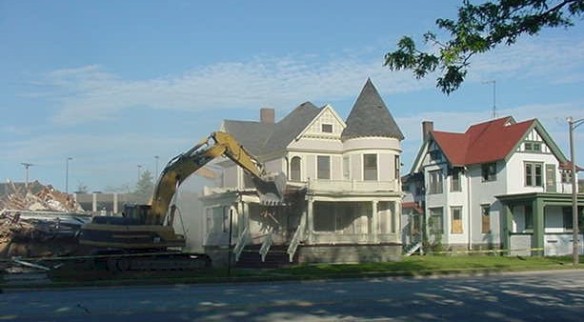 The Lauth Hotel, built in 1902. Date of photo unknown.

Very few of the original hotels in Port Huron remain today.  Sadly, the “skinny” Lauth Hotel (and bar) no longer stands.  “Built to resemble the famed Flat Iron Building in New York City in 1902, it was destroyed in the Urban Renewal Movement of the 1970’s” (Gaffney, accessed Feb 2016).  Instead of creatively integrating it into condominium architectural plans, it was simply razed.  The whole area where it stood used to be an attractive little city center with brick pavers, but not any more.

PS.  A local authority had told me of this house, and having discovered specifically which house it was in Port Huron, I wanted to append it to this article.  St Joseph Catholic Church had owned it and then demolished it, despite it being in the city’s Olde Town Historic District.  Believers are called to be stewards of God’s creation, and quality buildings are made of choice and rare materials that God provided.  The workmanship required to make such structures may also be considered a gift from God.  Apparently, the community wanted this structure saved, the city offered them free amenities, and there was even someone who wanted to move it.  Yet the church acted ungraciously (from what I’ve been told) and tore the building down anyway.  Why such waste when it could’ve been removed instead?  There is nothing but grass there now.  There are many reasons why The Church has dwindled in the last decades, and this attitude of disregard–for others in the community and for God’s gifts–could be one of them. 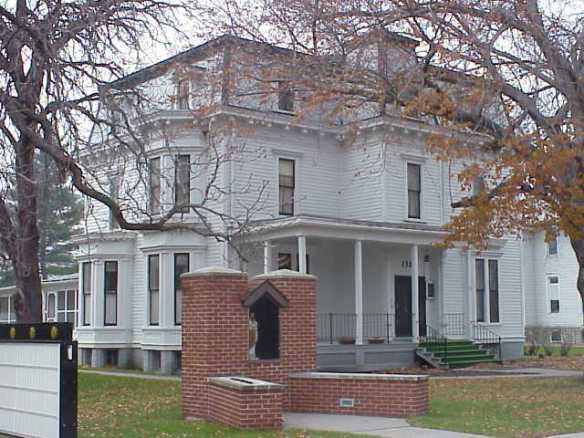 1317 Seventh Street, Port Huron. The church that demolished it, which was on an adjacent lot, even took over the address of the disappeared.

Creamer, Mary Lou (and the History and Research Committee of the Port Huron Sesquicentennial Steering Committee, c. 2006), Port Huron: Celebrating Our Past, 1857-2007.

10 thoughts on “What We Have Lost”