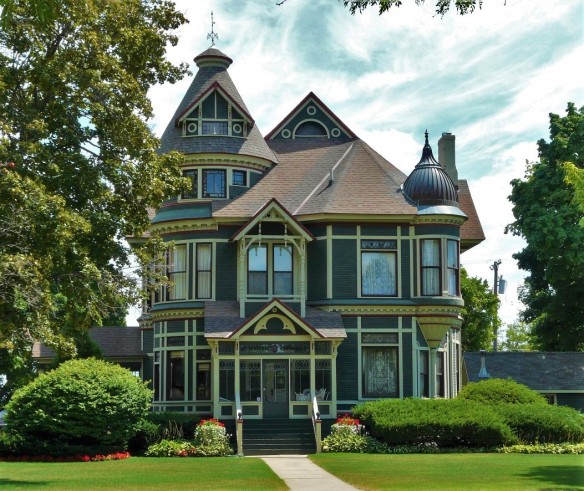 The Jenkinson House, or Jenkinson-Cady-Secory house in Port Huron, had been called out in Buildings of Michigan (Kathryn Bishop Eckert,1993:352): “This beautifully painted and restored house is Military Street’s largest and most ornate Queen Anne structure.”  With such an accolade coming from a former State Historic Preservation Officer, one would think that it would have been listed in the National Register of Historic Places by now, but no. However, that will soon change (“soon” by bureaucratic standards, anyway). 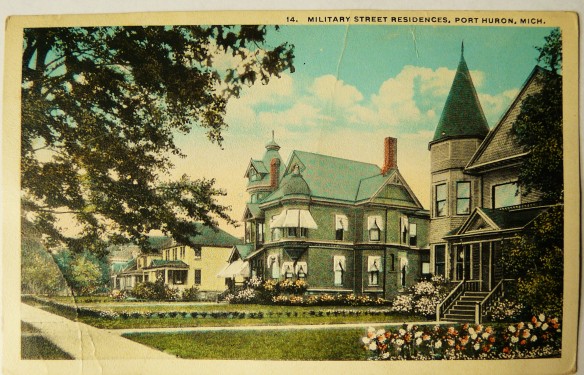 The Jenkinson House as shown on a post card that was mailed in 1919.